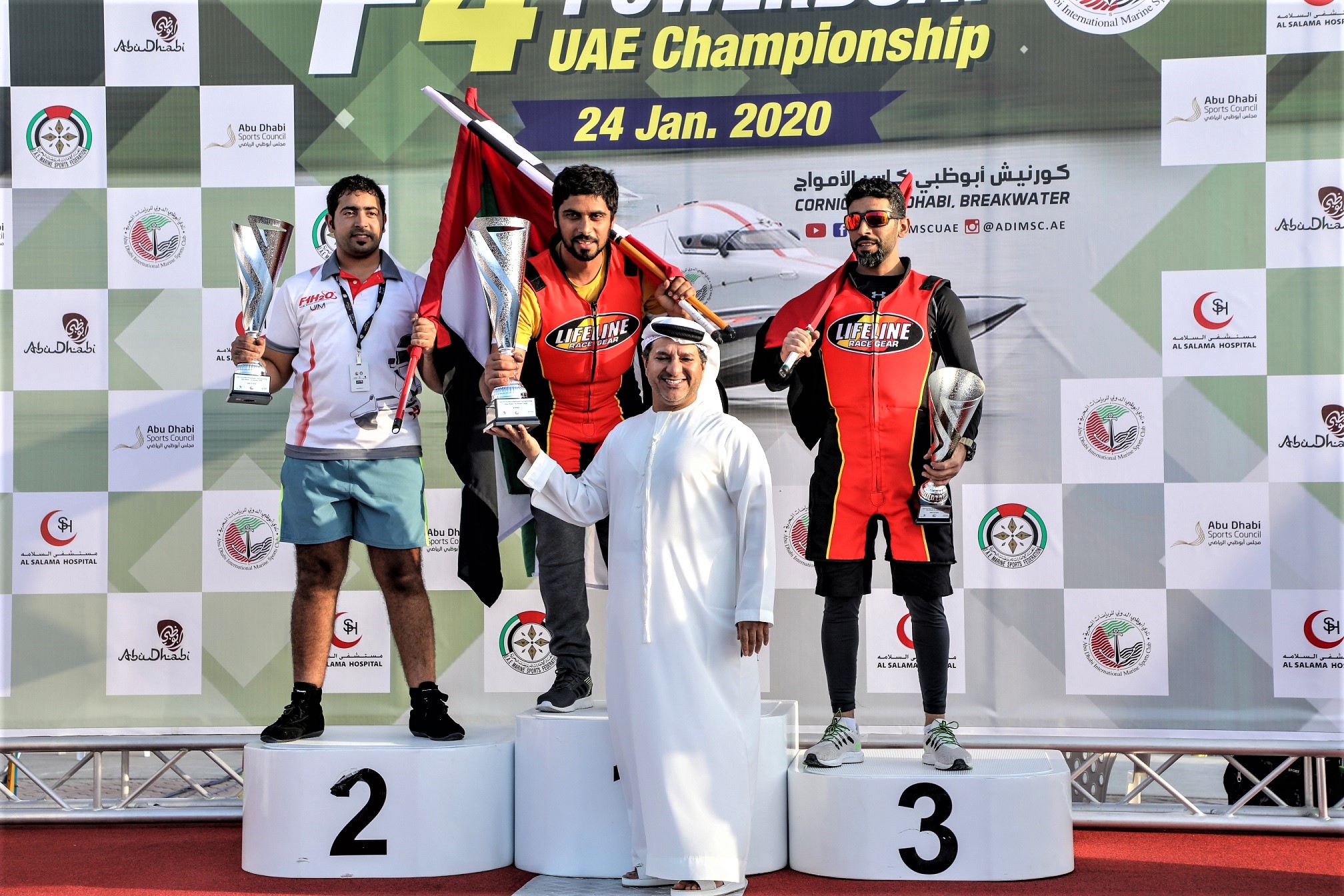 Victory in race two following a third place finish in the opening race off the Abu Dhabi Breakwater saw Al Yammahi take an overall two-point lead in the four-round championship at the weekend.

Sultan Al Falahi is his closest challenger following successive second place finishes, with race one winner Sultan Mazrouei in third after a penalty imposed for a false start in race two dropped him from the lead to fourth.

The UAE Formula 4 Championship, based on 20-lap races, represents the first step on the ladder into Formula powerboat racing, as ADIMSC looks to develop a new pool of talent to keep the UAE capital at the top of the sport in future years.

Cappellini was among the onlookers at the start of the new championship yesterday, as was the team’s reigning F2 world champion, Rashid Al Qemzi.

“We have launched the championship to create a link between local races and the global Formula powerboat series,” said Salem Al Rumeithi, General Manager of ADIMSC.

“Our aim is to discover and develop the best young Emirati talent. The championship is a vital part of their education, and the first step towards creating a new generation of UAE champions on the world stage.

“These are early days, but already there is a lot of interest in the championship from within the UAE and other Gulf countries, and we expect it to grow quickly.”