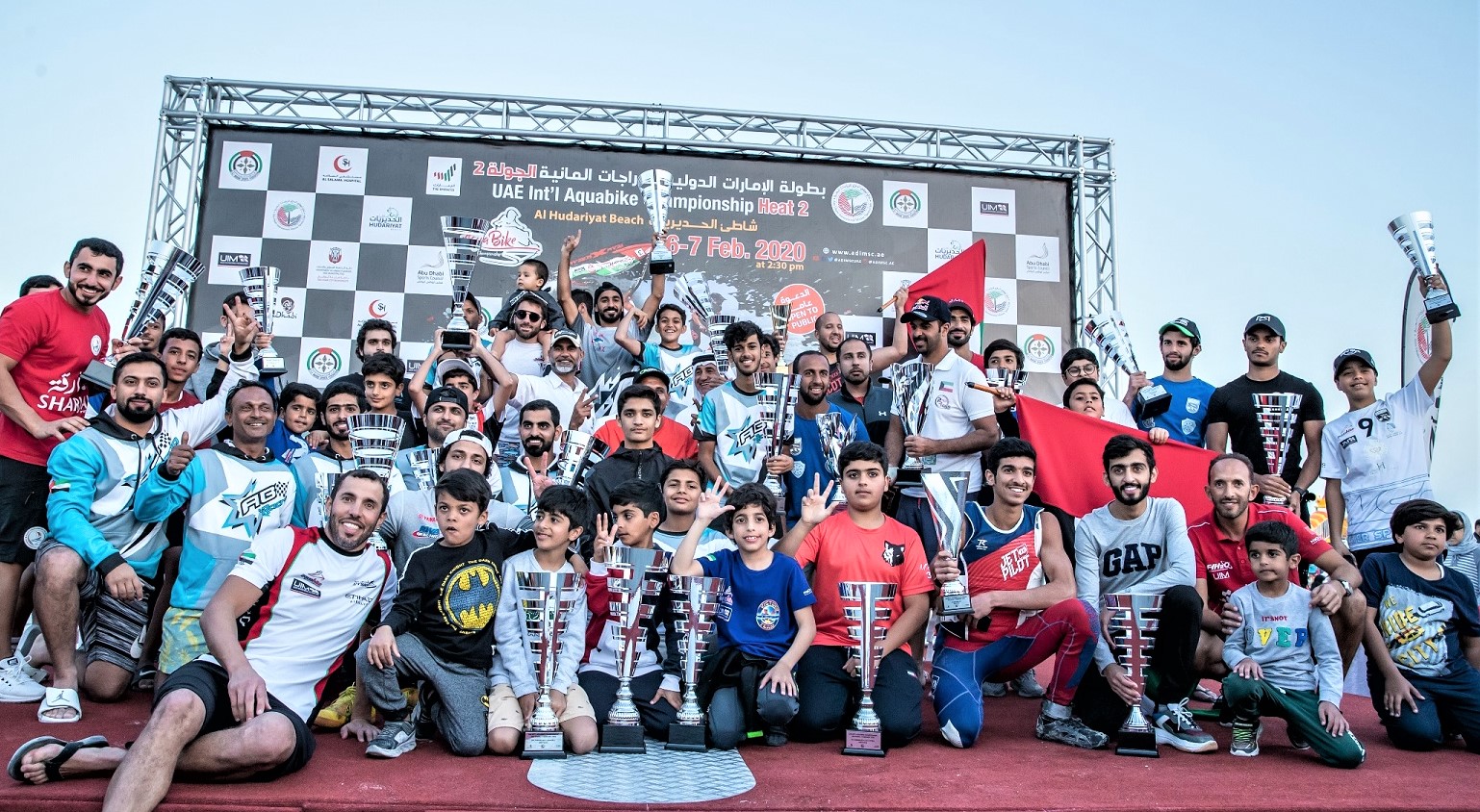 With 82 riders competing in front of almost 3,000 spectators on the shore of Al-Hudayriyat Island in Abu Dhabi at the weekend, Bou Rabei won the professional category, one of 11 classes overall, ahead of Mohammed Al-Baz and Youssef Al-Abd Al-Razzaq.

Al Hammadi secured the Sky Junior GP3.3 title from Saeed Al Awadi and Suhail Al Hammadi, and followed up with victory in the Runabout GP4 class ahead of Kuwaiti Ahmed Al Khudhari and Saud Youssef.