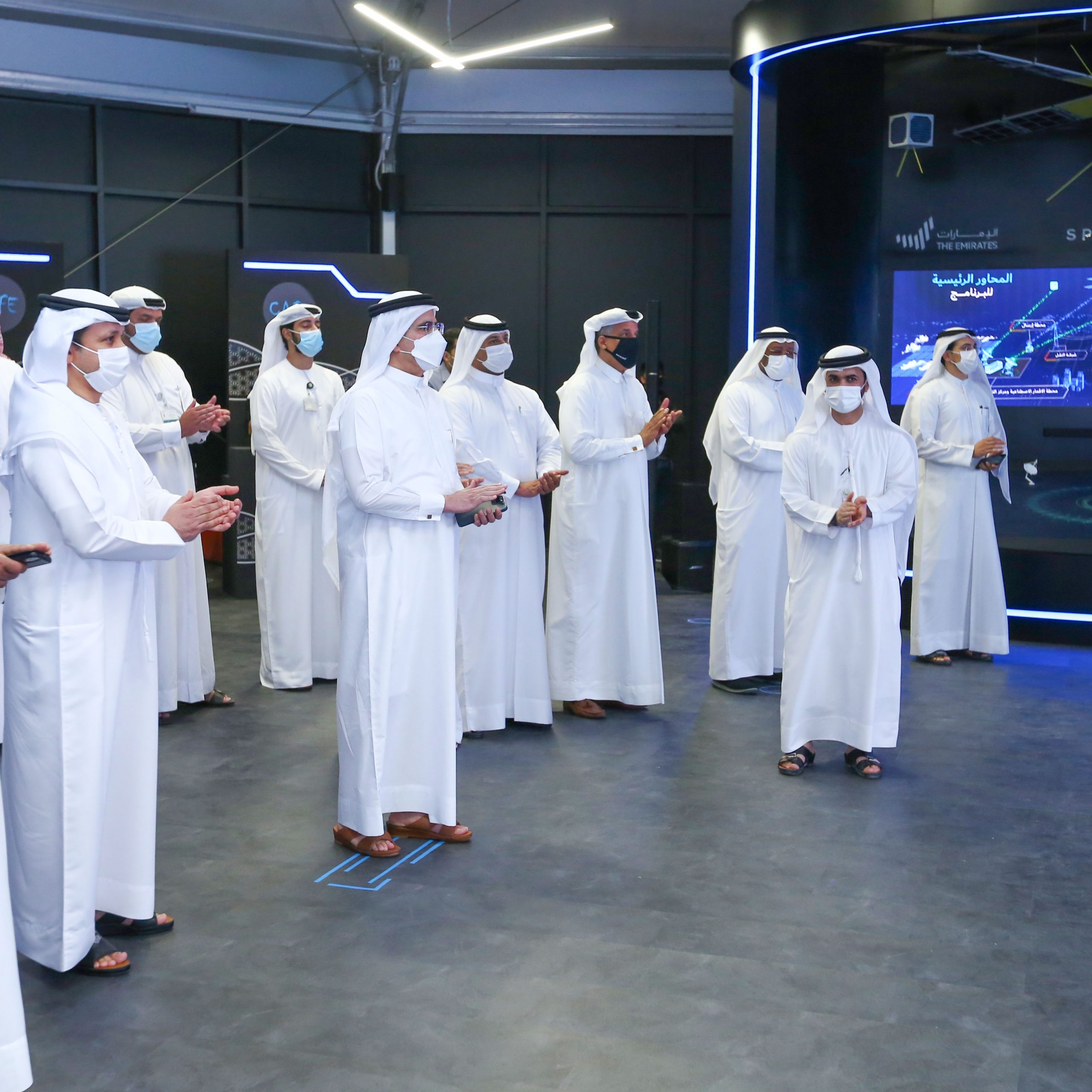 Dubai, UAE, 21 February 2021(fbmjo): HE Saeed Mohammed Al Tayer, MD & CEO of Dubai Electricity and Water Authority (DEWA) has inaugurated DEWA Innovation Week in celebration of UAE Innovates 2021. This is part of its commitment to enhancing the UAE’s position as one of the most innovative countries preparing for the future. HE Al Tayer was briefed about the innovations highlighted in the Innovation Tent at DEWA’s Head Office. DEWA’s different divisions showcase more than 30 new innovative projects. Marwan Bin Haidar, Executive Vice President of Innovation and the Future at DEWA; DEWA’s Executive Vice Presidents and senior officials at DEWA joined Al Tayer. Innovation Week includes several virtual activities and events at the Innovation Tent.

HE Saeed Mohammed Al Tayer, MD & CEO of DEWA, highlighted DEWA’s commitment to consolidate and promote the culture of innovation and making it a daily practice in the government’s work. DEWA also strives to enhance social participation in designing and developing futuristic work mechanisms and proactive solutions for challenges in the next 50 years. This consolidates Dubai’s role as a pioneering hub for shaping the future and a platform to test solutions and disruptive technologies.

“We work to achieve the directives of His Highness Sheikh Khalifa bin Zayed Al Nahyan, President of the UAE; and the vision of His Highness Sheikh Mohammed bin Rashid Al Maktoum, Vice President and Prime Minister of the UAE and Ruler of Dubai; and His Highness Sheikh Mohamed bin Zayed Al Nahyan, Crown Prince of Abu Dhabi and Deputy Supreme Commander of the UAE Armed Forces, that not only anticipates the future but also shapes it and accepts nothing short of the first place in all areas. DEWA’s strategies and initiatives align with pioneering national strategies that aim to achieve a national, competitive economy based on innovation and knowledge. DEWA has become one of the most innovative utilities in the world. Through Digital DEWA, it redefines the concept of a utility by becoming the world’s first digital utility to use autonomous systems for renewable energy and storage while expanding the use of AI and digital services. DEWA’s efforts focus on entering the future by employing the Fourth Industrial Revolution technologies such as Artificial Intelligence (AI), Unmanned Aerial Vehicles (UAVs), Energy Storage, Blockchain, and Internet of Things (IoT). This is in addition to developing the technological infrastructure and providing the latest centres and solutions,” said Al Tayer.

DEWA’s Innovation Week is held from 21 to 25 February. It includes the virtual Future Next Conference, that brings together an array of speakers, creators and innovators locally and globally. DEWA’s Innovation Week also includes a virtual Hackathon Competition under the theme ‘A Sustainable Global Digital Experience’, with the participation of its employees. Additionally, DEWA organises 20 virtual workshops in future technologies for more than 1,000 employees, students, and customers.